An accident involving a group of police officers in Akure has led to the death of at least one person.

A fatal accident involving some police officers along Airport Road, Oba Ile, Akure, Ondo state has claimed at least one life.
According to unconfirmed reports, the car conveying the officers was overspeeding which caused the accident today in Akure, Ondo, state.
Photos and videos from the scene show wounded officers lying on the road as locals tried to offer what help they can.
At least one officer was lifeless, blood pouring out of his head. 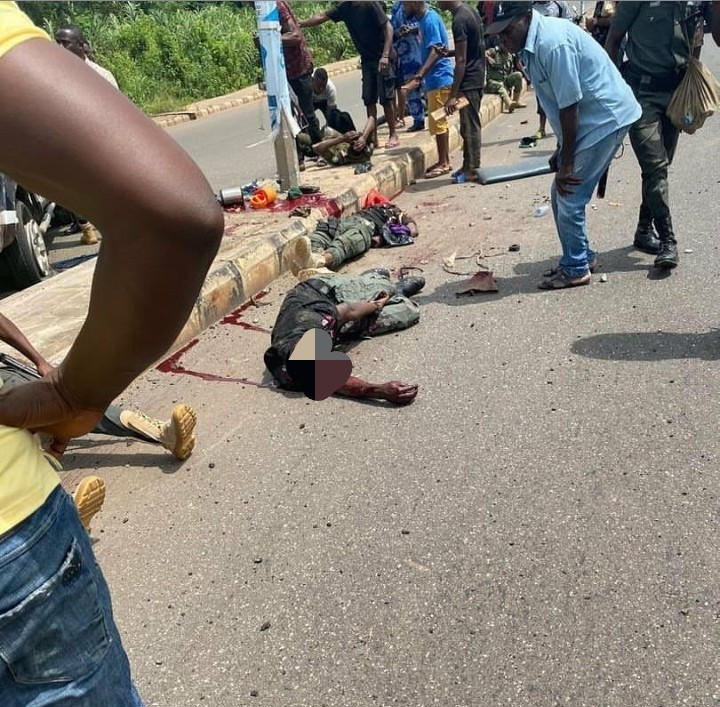 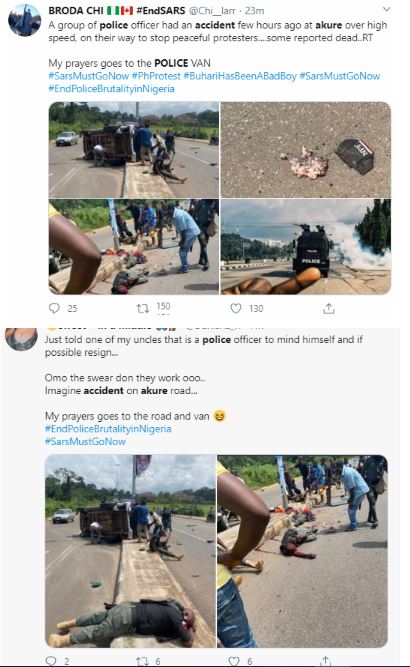