The Lagos state government said it could not make the CCTV footage available because the FoI Act is a federal law and it doesn’t apply to states.

A Freedom of Information request for the CCTV footage of the shooting of unarmed protesters by the Nigerian Army at the Lekki tollgate on October 20, 2020 has been declined by the Lagos State Government.

This is contained in a letter written by Deyemi Bamgbose on behalf of the Attorney-General of Lagos State.

A human rights lawyer, Inibehe Effiong, had written a letter to the state government last week invoking the Freedom of Information Act 2011.

Effiong had in the letter addressed to Governor Babajide Sanwo-Olu, requested for the CCTV footage in the interest of the public.

However, in a response dated November 3, 2020 titled, ‘Re: Urgent Request Pursuant to the Freedom of Information Act 2011’, the state government said it could not make the CCTV footage available because the FoI Act is a federal law and it doesn’t apply to states.

The government also cited a 2018 Court of Appeal judgement to back its claim.

The letter read in part, “I am further directed to inform you that the laws of Lagos State do not include the Freedom of Information Act which is a federal law that is not applicable to the state. As such, your request cannot be granted.”

The state government said in the case of EDOSACA vs Osakue and others in 2018, the Court of Appeal ruled that, “My strong view on it is that given the provisions of the said Act as presently enacted vis a vis Section 4 of the 1999 Constitution and Items 4 and 5 of Part 2, 2nd schedule thereof, the applicant is not bound to comply with the provisions of the Freedom of Information Act 2011.”

The PUNCH, however, learnt that another Court of Appeal in Akure in April 2018 had ruled that the FoI Act was applicable to all states of the federation but the Lagos State Government selected the ruling that could justify its decision not to honour the FoI request.

The FoI Act, which was signed into law by former President Goodluck Jonathan in 2011, makes it mandatory for public records to be made available to those who request for it.

However, Lagos State and many others have in the last few years refused to honour FoI requests even as civil society groups accuse them of running an opaque government.

FoI request by Socio-Economic Rights and Accountability Project to the state government to explain how a $90m World Bank loan for the upgrade of public schools was spent was rejected by then Lagos State Governor, Babatunde Fashola (SAN), in 2014. 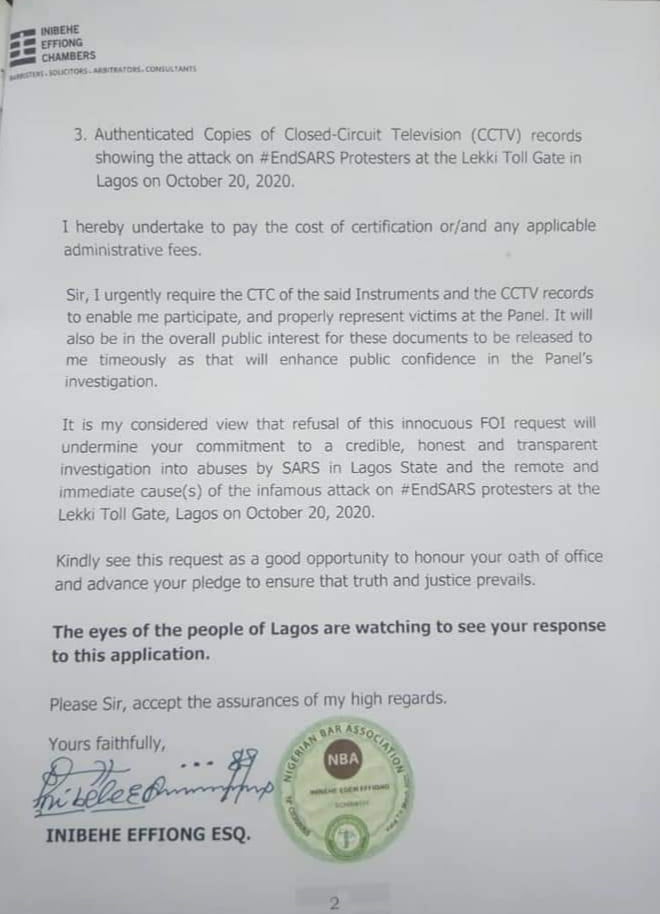